A cookie is information stored on your computer by a website you visit. Cookies often store your settings for a website, such as your preferred language or location. This allows the site to present you with information customized to fit your needs. As per the GDPR law, companies need to get your explicit approval to collect your data. Some of these cookies are ‘strictly necessary’ to provide the basic functions of the website and can not be turned off, while others if present, have the option of being turned off. Learn more about our Privacy and Cookie policies. These can be managed also from our cookie policy page.

IE10 and below are not supported.

How Much Does the Wadsworth Improvement Project Cost and How is it Funded? 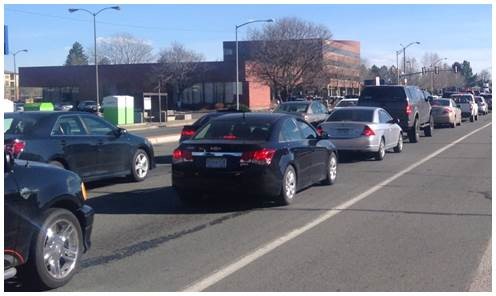 In 2018, the estimated cost for the entire project was $45 million. Due to dramatic increases in both property acquisition and construction costs, the total project estimate grew to almost $60 million, of which $45 million is currently funded.

Wadsworth Boulevard is a state highway and therefore under the control and jurisdiction of the Colorado Department of Transportation (CDOT). While improving Wadsworth has been identified as a priority for more than 20 years, CDOT was unable to make improvements alone due to the lack of available funding. Therefore, in 2014 and in partnership with CDOT, the City of Wheat Ridge applied for federal transportation funds through a Denver Regional Council of Governments (DRCOG) Transportation Improvement Program (TIP) grant to fund the improvements. This project received the highest score of all metro-wide project proposals and a federal grant of over $25 million was awarded to improve Wadsworth Boulevard.

In summary, only about 17% of the funding for this project comes from the City. Leveraging $7 million in voter approved 2E funds into a $45 million project is a great value for Wheat Ridge.